DIE STIMME DER STADT (THE VOICE OF THE CITY)

Pia Janssen (director): “In times in which a heterogeneous society is questioned by parts of the population,
“The Voice of the City” sees itself as a space of possibilities for mutual understanding. We want to fill the space
where otherwise the city council, representing the population, negotiates the concerns of the city, with citizens
and their stories and thus make it the space of opinion and memory of the people of Oberhausen”. 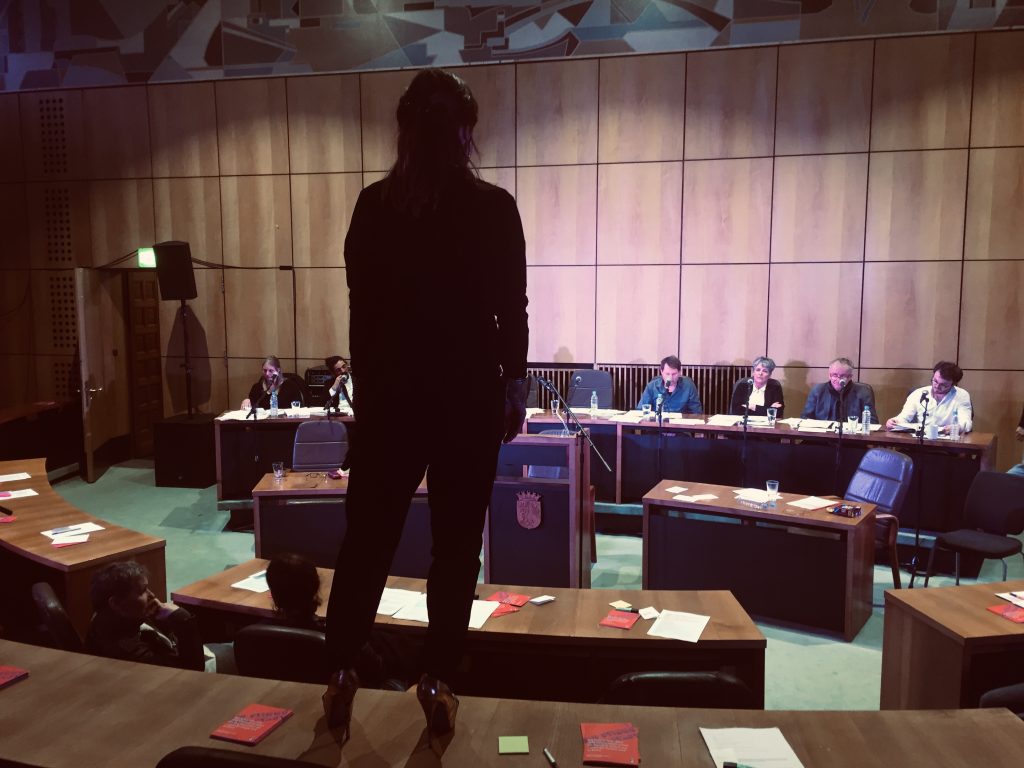