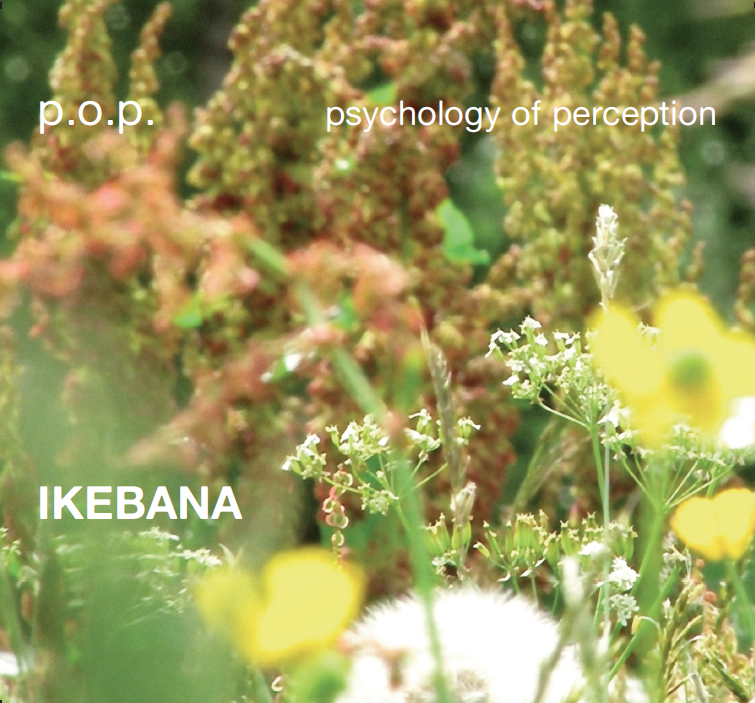 At first sight IKEBANA seems to be a strange flowery title for a new music release. Especially by musicians known as uncompromising avant-garde! Are they going romantic? Yes and no. They love the sensual quality of music and sound, but they focus as well on the strictness of IKEBANA: IKEBANA does not just mean the nice aggregation of flowers! It means a hyper conceived arrangements of chosen blossoms. Structure, minimalism, strictness.

This includes a precise psychology of perception: Which sounds, which flowers are similar to each other, which different, which are repeated, which varied, which repetitions are in another position in space? Multiplication of perspectives: multi- phonics, multi-flushes, multi-sounds, multi-florescences, multi-singing, rhythm of leaves, superpositioned stalks, hidden lines, corresponding colours. Perception of velocity: stoppage because of slowly sinking tones, unhurried swinging and swaying, tempo inside the vibrating tone of the french horn, franticness through high outspaced cello melodies. The part of the listener decoding this acoustic flowery cryptogram – psychology of perception again! Music focussing on its own arrangement in and out of time and space.

The affinity between Japanese flower arrangements and sound architecture: The depth of sound and auditory spaciousness, the flexibility of the electric bass moving in the panorama in front of widely expanded inside-piano sounds, the unreal of the transparent voice lines, which seem to come from the background directly towards the listener, the equivocation of the third dimension. Slowly mutating patterns that appear as musical bodies: sensual, three-dimensional, organic. Repetition and variation, play and transformation. The limits of similarity. Differenciality. The ears are focused on the time as the act of becoming itself being observed. Patterns of similarity. Varied sound colours. Rhythmical turning and lyre modules, asymmetric panning: IKEBANA techniques…