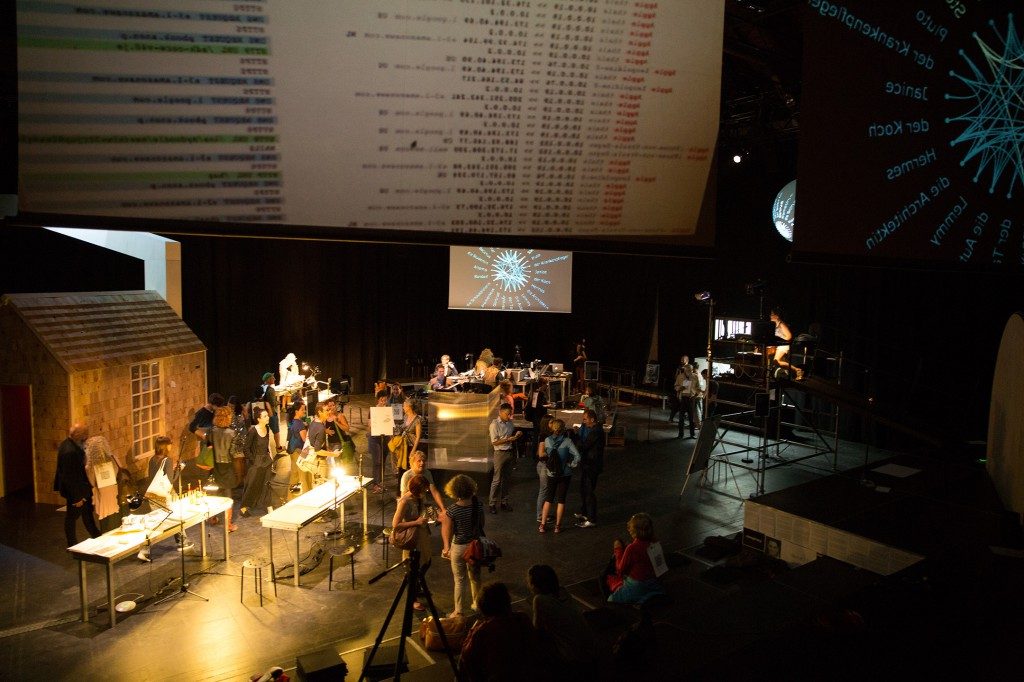 Prometheus stole fire from the Gods, a mighty tool that they would have preferred not to share.
Understandably angry they banned him onto a rock in the Caucasus Mountains where eagles ate his liver.
They could not kill him.

Anonymous P. stole data from the powerful, data they definitely did not want to share. Angry, they banned him into the transit sector of the Moscow airport, an embassy in London, a military prison in Fort Meade where secret services ate his liver. But the data grows back. Pandora’s box was already sent through the internet: your mobile phone knows where you are, Google knows what you are thinking, Facebook knows who you are, PRISM knows everything. P.’s gift to humanity can only be one thing: anonymity.

«Anonymous P.» – part performance, part installation – interlaces the history of secret services, their connection to commercial business, our willingness to publish our most intimate information online with modern heroic tales and with the great fiction of the present: privacy.