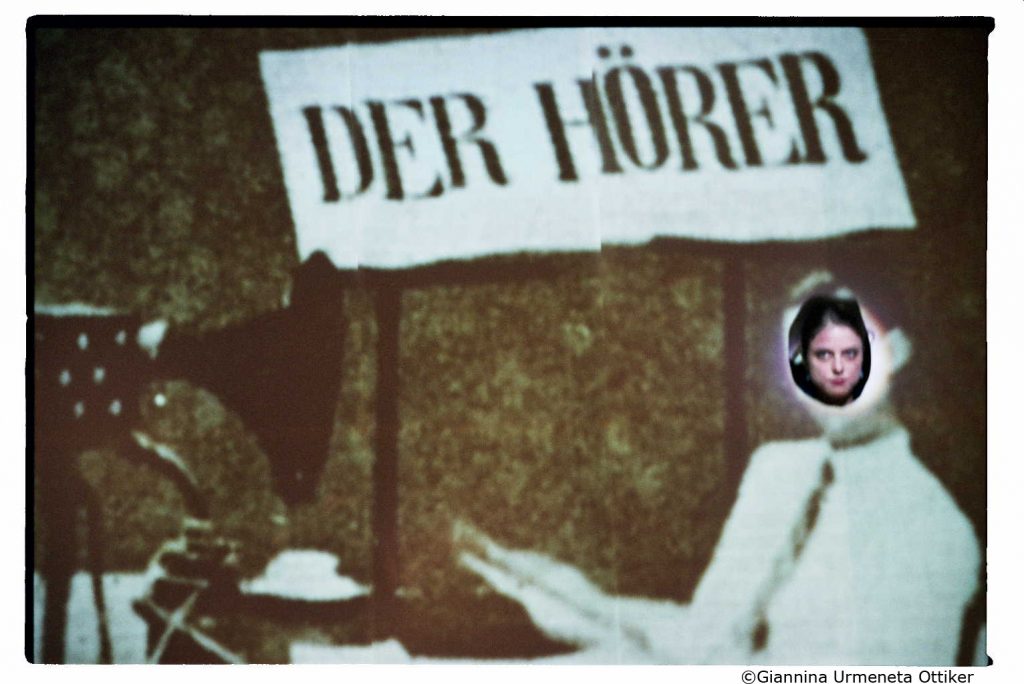 For a long time now media prophets have promised a better world. Radio diminished the immense vastness of space, TV has created the global village, and virtual reality gives us the world we have always longed for. The promise is clear: we can now do anything we want, be everywhere and participate in everything.

The team of Hier ist der Apparat embarks on a journey from radio via television to video games, following a few detours on this way to utopia. The performers go on this journey alongside the first world-wide media superstar, Charles Lindbergh, as seen with the eyes of germany’s first radio theoretician, Bertolt Brecht. In 1929 Brecht wrote the radio play „Der Ozeanflug“. Brecht’s media drama reconstructs how Lindbergh and his plane fight against the elements, how they finally surmount them, until they land in
Paris. Hier ist der Apparat changes the frequency in this radio drama and imagines „Der Ozeanflug“ as a contemporary radio-talkshow within a TV-talkshow and as a subject of an hallucinatory ego shooter video game.

Theoretician Marshall Mcluhan (who, by the way, will also be a guest at the show) once said that you can only really understand a medium when it becomes part of another one: „one can only understand a radio play when you see it on the stage as a TV-show.“