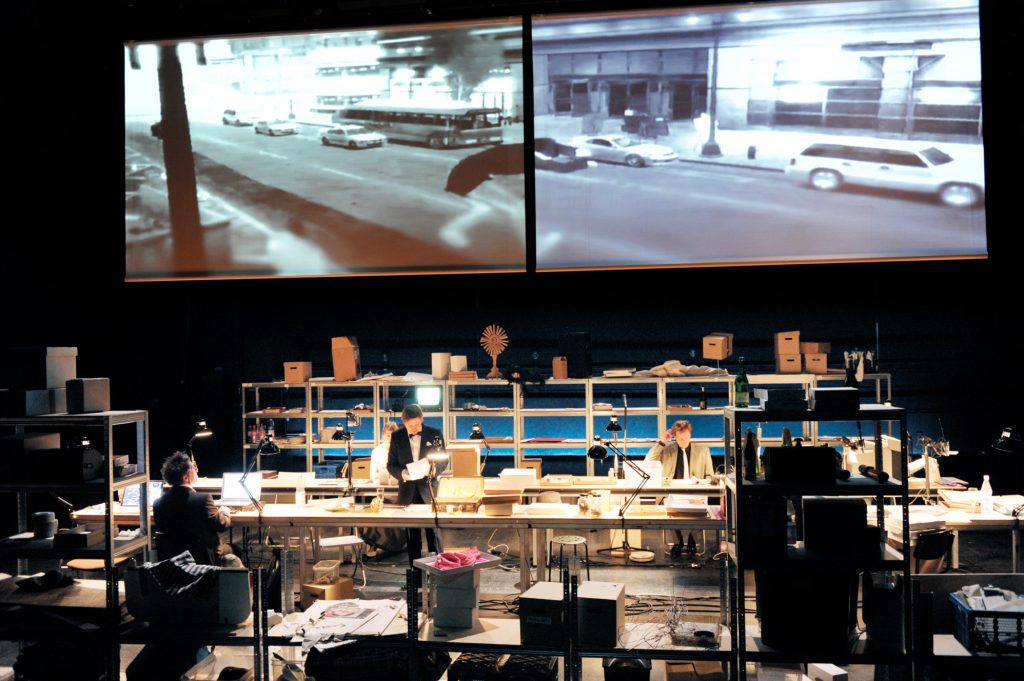 2011 is dead. Not so long ago it was alive and kicking, but now it’s gone forever. Or? Our memories of 2011? Our memories of 2011 are already beginning to fade, the outlines are becoming blurred. But something sounds like it: The ghost of 2011 still seems to be haunting us. Ghosts only find peace when all their unfinished business has been brought to an end, they only let us go to normality when all their secrets have been revealed. In a slightly disorganized and possibly haunted space the analysis on 2011 is now beginning: Psychologists discuss the diaries of 2011, a forensic expert reads the year out of hand, a tax official checks all account movements of the last decade, and finally our medium tries to connect with the spirit of the year. The whole team is working to create as complete a picture as possible: Who was 2011, how did it live, what were its secrets, why did it have to die and: how dead is it really? We show the past year as a being with many unfulfilled wishes and develop our own, different historiography: PLEASE KILL 2011 is a performance that tries to make 2011 come alive.